Forget shark week. The mosquito is the most dangerous animal in the world.

Mosquitoes are responsible for more human deaths than any other animal in the world.

Over a dozen species of mosquitoes live in the San Gabriel Valley; nearly all bite people and some can spread (vector) human and animal diseases.

The San Gabriel Valley Mosquito and Vector Control District manages mosquito populations by limiting their abundance so the risk of human disease is reduced.

If you are experiencing mosquito bites or see an excessive number of mosquitoes in your neighborhood, do your part and eliminate any stagnant water sources around the home.

1) Egg - Adult mosquitoes emerge from their pupa cases and quickly mate. Both male and female mosquitoes feed on plant sugar (nectar), but only females require the extra protein from vertebrate blood to produce eggs. Once blood-fed and ready to lay eggs, the female mosquito locates stagnant (“standing”) water.

2) Larva - A mosquito larva is often mistakn for tadpoles, but they're the immature stage of the mosquito. The larva feeds by sweeping bacteria and algae into its mouth with special “brushes.” Larvae go through four molts called instars, shedding their exoskeleton each time to grow larger.

3) Pupa - The last larval instar molts and the mosquito enters the pupa stage. Feeding stops until it emerges as an adult after a couple of days later. Unlike the pupa of a butterfly, mosquito pupae are active and dart and tumble around when disturbed; an adaptive trait to avoid predators.

4) Adult - It can take less than a week for eggs to develop into  adult mosquitoes.

This rapid developmental time makes controlling mosquitoes particularly challenging since their populations can increase exponentially when environmental factors are right. However, mosquitoes cannot develop without water. For this reason it is vital to eliminate any stagnant water on your property. This is the most effective method of managing mosquitoes in southern California. 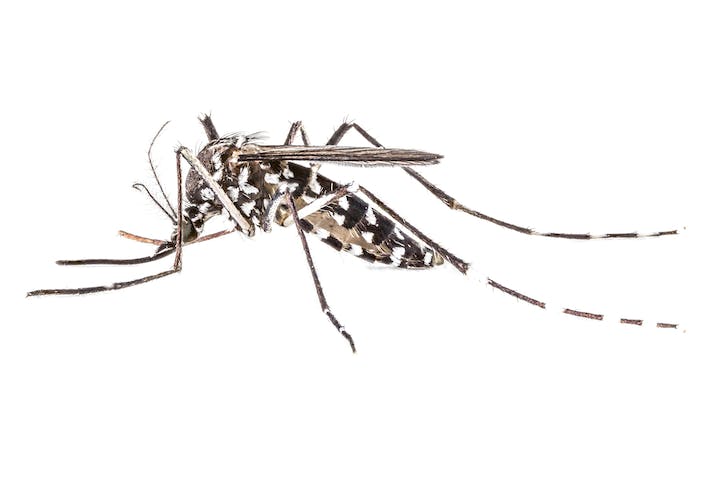 Aedes (pronounced "aid-dees") mosquitoes are aggressive, black-and-white insects that thrive in our cities. Aedes mosquitoes are also called "ankle biters" due to their behavior of biting people near… 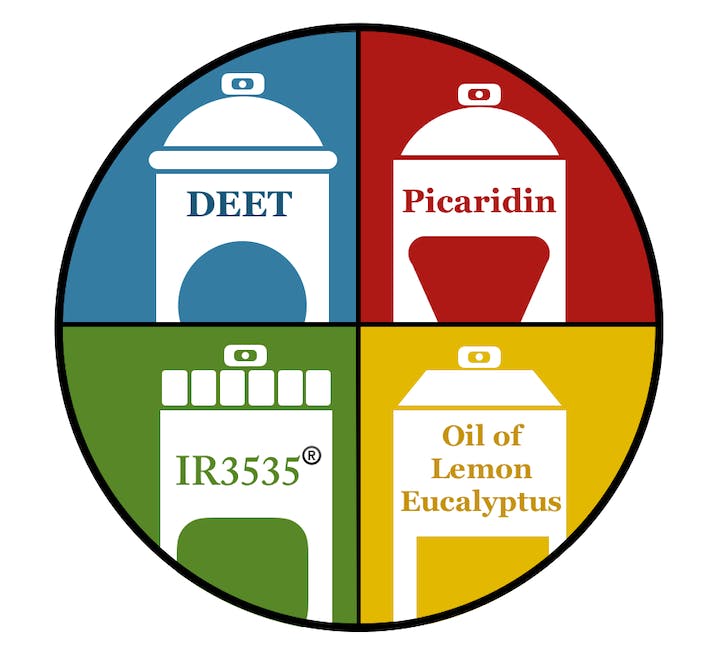 Not every repellent is EPA-registered. Look for ONE of the following active ingredients on the label that is safe and effective against biting insects and the diseases they can transmit!